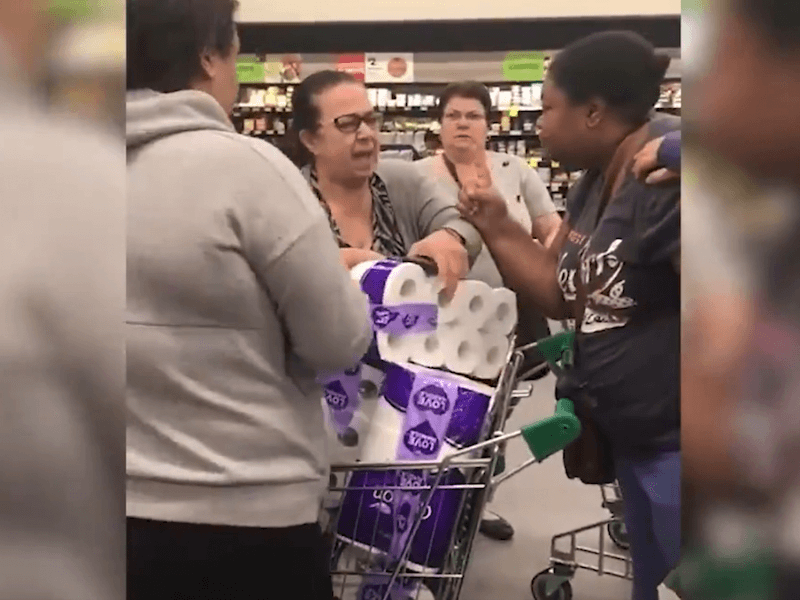 The draconian steps taken by China to lockdown Hubei due to the coronavirus has grabbed attention and fear. You do wonder if such a step is needed. It does bring attention to the unknown virus and its kill rate. In Hong Kong, Japan, and Singapore, which saw imported cases, supermarket shelves were wiped out of toilet rolls. This phenomenon continued in Australia and the U.S. when cases were reported. Is there something magical about toilet rolls that could alleviate symptoms of the virus? Apparently not. So, why do we make irrational decisions such as hoarding toilet rolls in a viral crisis?

Psychologists Amos Tversky and Daniel Kahneman demonstrated with the help of a hypothetical situation, eerily apropos of today’s coronavirus outbreak. They asked a group to imagine that the U.S. was preparing for an outbreak of an unusual Asian virus expected to kill 600 citizens. They asked the group to choose two options: a treatment that would ensure 200 people would be saved or one that had a 33 percent chance of saving all 600 but 67 percent of saving none. 72 percent of the group picked the first option.

The psychologists then reframed their question and said that the first option would ensure only 400 people would die and offered a 33 percent chance that nobody would perish and a 67 percent chance that all 600 would die. The group’s preference reversed and 78 per cent now favour the second option.

This is clearly an irrational decision since the two questions do not differ mathematically.

The global death rate of the coronavirus has been climbing steadily and our sensitivity to losses produces fear. Our emotions exist for one reason and that is to reflect our mind’s prediction on what will happen in the world to prepare us for it. However, our emotions are often not aligned with the actual events when we are making decisions where we have little knowledge of. In another experiment, social psychologists led people to read magazine articles that described either the imminent disaster happening to a small town to details of vehement anti-American protests abroad. The group were then asked to estimate the frequencies of events that, if they occurred would typically make people feel sad or angry. Events such as the number of people who will have to euthanise their pets to the number of people who will be intentionally sold a ‘lemon” by a dishonest car dealer this year. Time and again the psychologists found that when the emotion people felt matched the emotional overtones of a future event, their predictions for that event’s frequency increased.

Emotions are always changing and we seem to predict future based on our emotion now based on the experiment. We have seen the irrational fears driving the growing suspicion that any Asian on U.S. and European soil might be a carrier of the virus. The best solution may seem to be to entreat people to read up more about an issue to make rational decisions. Unfortunately, this strategy does not work. When people spend considerable time on an issue but do not have facts at hand to make an informed decision, their emotions will fill in the blanks. Emotionally induced bias that drives irrational decisions is dangerous – as we have seen, powers such as Russia have used this to upend political elections.

We could try to get expert data prior to making decisions, but it may not always be possible. Another way to make good decisions would be to be trained in mindfulness. Researchers at Wharton and INSEAD have found that 15 minutes of breath meditation helps people with making smarter choices. Mindfulness meditation helps keep the mind aware of the emotions brewing within while assessing outer information in a situation. Clearing the mind of other thoughts which drive emotions could help reduce our deep-rooted bias from the fear of loss. Mindfulness does this by clearing thoughts of the past and future, which typically drives fear. This psychological shift leads to reduced negative emotion, which helps the mind let go of its sensitivity to loss and bias associated with it.

How to Become Love?

Meditation is not zoning out in the present moment

Learn to Replace Unease with Ease In Your Heart