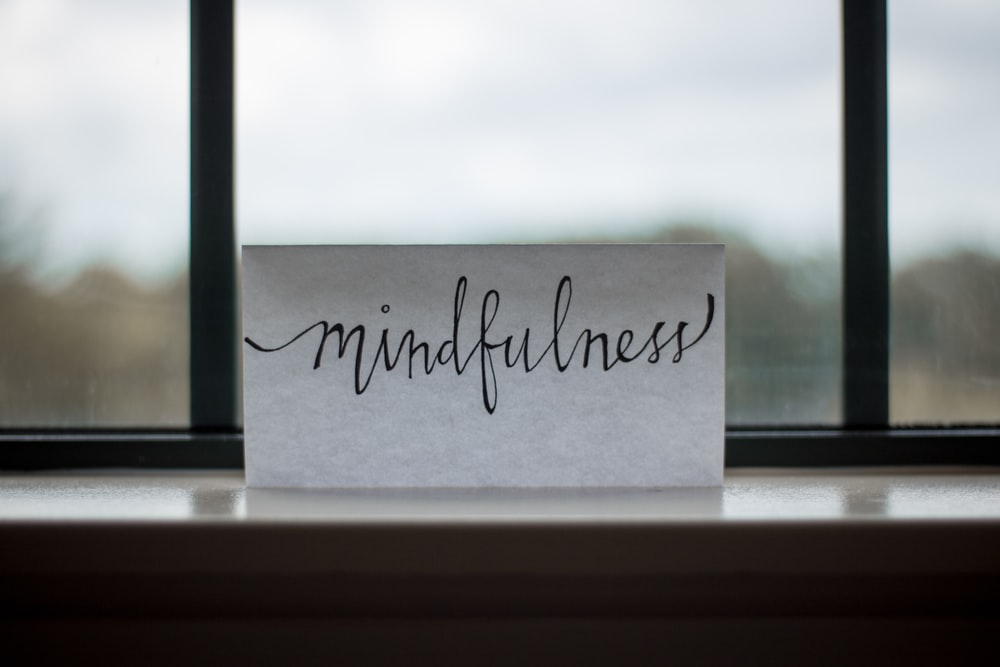 Mindfulness, an ancient practice is becoming ubiquitous as another ancient practice – Yoga. Contemplative Yoga is a science of the mind. It was taught as a practice for those who want to look deeply within to abandon their egos. But today, yoga has been reduced to only physical exercises. The ego is a mind that identifies thoughts and the body as a separate entity from all that is. The ego acts in ways to defend and to accumulate things for itself. Yoga has been stolen by the ego as practitioners focus only on the body. What about mindfulness? An article on Guardian said mindfulness is stolen by capitalism. “McMindfulness” occurs when it is used for self-serving and ego enhancing purposes. So, what is mindfulness? We look at the origin of where today’s mindfulness intervention programs sprung.

Origin of the Word

Thomas Rhys Davids, the son of a Congregational clergyman from Essex, England was sent to Sri Lanka as Magistrate of Galle and later to the administrative center in Anuradhapura in the 1870s. He was then involved in the excavations of ancient manuscripts and came to translate early Buddhist texts in Pali to English. When he came upon the word “Sati”, Rhys Davids used the word he was familiar as a Christian, “mindfulness” as a translation. Contemplative Christian meditations required adherents to focus on certain Bible passages to meditate on them and to keep their mind on God.

The Meaning of Sati

The original meaning of the word sati in Pali means to remember. Buddhism however, is not a religion centered on a God. The Buddha did not want to speculate on metaphysics. He was concerned with attaining the end of suffering in one’s mind here and now. Speculation on intellectual matters was not practical to the Buddha to the aim of being peace – a result of knowing how to live a life led by wisdom.

Rhys Davids translated sati as, “Memory, recollecting, calling-to-mind, being aware of, certain specific facts… And it included the repeated application of this awareness, to each experience of life, from the ethical point of view.”

Ethics in Buddhism arises from wisdom. Ethics is not a creed where one is forced upon to follow. The teaching of Buddhism is centered on causes and effects. One aspect of being mindful is to be able to see causes and effects in action. For example, lying seriously about something can bring fear and guilt to one’s mind – depriving the mind of peace. Also, it could bring harm to another person – depriving that person of peace. The person being lied to may bring another effect of this lie to another person. Even white or small lies, when told frequently enough would one day embolden the liar, who may tell lies that could one day cause unimaginable damage to the society.

Thus, being mindful according to Buddhism means not being involved in actions that cause undesirable effects to the mind and to those around us. This would lead to a peaceful and kinder society. We have to learn to change ourselves first as opposed to forcefully change society, which deprives the society of autonomy, which is our fundamental nature. This does not mean an ethical person cannot accumulate wealth or enjoy some of life’s pleasures. Wealth, like other pleasures, are to be used skilfully to bring joy rather than misery upon self and others. Practitioners know whether they are joyful or miserable just by being aware of and acknowledging their minds. Normally, the mind dwells in misery without knowing itself and instead, gets busy finding distractions.

What To Be Mindful About?

Instead of centering one’s attention on God, attention is centered on the awareness taught in Buddhism. Meditation is used to train attention, which in turn is able to turn on mindfulness to be aware of our inner experiences. Our inner experiences consist of the body and its senses, our feelings, thoughts, and consciousness. This consciousness is the base from where our actions spring. Action here includes speech and not just bodily actions. For instance, if we suspect someone has stolen something from us, this belief may become established in the mind, even though it may not be true. Our mind from this belief has turned into suspicion and agitation, while the other person, remains calm and unaffected because he or she could really be innocent. So the thought he/she is a thief and our feelings about it is our inner experience.

Secular mindfulness programs do not require devotion to any deities – as with Buddhism. Unlike Buddhism, secular mindfulness does not explicitly talk about ethics. When the mind has grown in awareness, it recognizes actions that bring about misery – and to refrain from them. Attention helps practitioners see the causes and effects of mind and actions – to bring peace and joy to self and others.

However, if you find any mindfulness program increasing your ego, then, it may not be what mindfulness really is. Whether you are successful or struggling in your desire, it is possible to sustain your well-being no matter which scale you are on. Mindfulness could also increase joy in the work you find purposeful. Mindfulness-Based interventions such as Mindfulness-Based Strategic Awareness Training (MBSAT) are taught over 8-weeks – the time needed to change the mind to become mindful of its own awareness. We share MBSAT in-person or online, get in touch with us.

Why mindfulness training is not another self-help course

How Your Bias Defines You