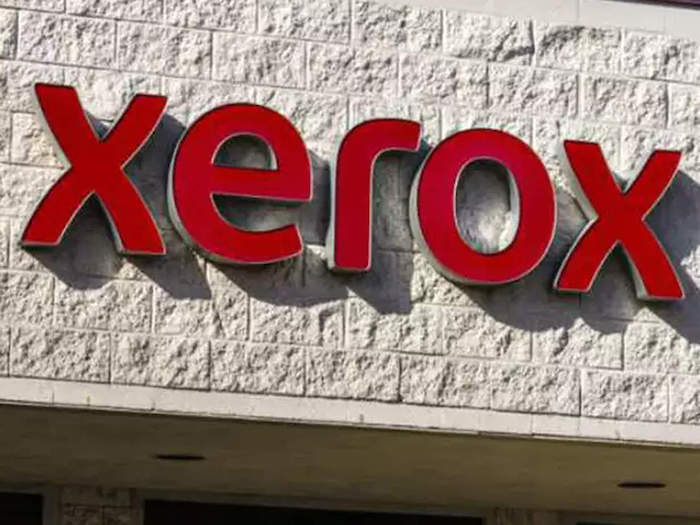 Individually, we suffer from a range of cognitive biases numbering over a hundred hampering us from making good choices. On a bigger scale, there is the competency trap observed in many firms. It is a cognitive trap where successful companies thriving in the current environment fail to change and adapt quickly enough in a changing landscape. There are factors leading to them and also consequences for the firm in terms of missed opportunities.

One of the most famous examples is Xerox. We all know how Steve Jobs and Bill Gates ‘stole’ part of Xerox’s Alto technology into the development of Windows and Apple. In the early 1970s, Xerox had a subsidiary to develop new technologies, known as Parc or the Palo Alto Research Centre in California.

Xerox was a success with photocopiers. They made expensive and efficient photocopiers to be rented out. The company’s profits depended on a rolling income where it charged additional fees for the paper, ink, and maintenance. The management was not familiar with and did not consider the opportunities from Parc’s innovation. The Xerox Alto sold at $32,000 at its launch, far beyond what any consumer can afford. The managers were wary of taking a risk on untested technology. Moreover, this would mean making a one-off profit without replacement goods, something they are unfamiliar with. Besides the competency trap, the management was also hampered by sunk cost bias and present bias.

Adobe was an offshoot of Parc, where its developers bought rights to their own intellectual property for a mere $2000. Adobe is valued at $191bn today while Xerox is valued at $4.2bn. Xerox’s management failed to listen, was too complacent, and was blinded by success to see potentials.

How To Overcome Competency Trap?

To be aware of the many traps our minds set for us is to become self-aware. Our minds are by nature lazy. We like to stick to what we are comfortable with, even if we may suffer the same emotional rollercoaster over and over again.

To become self-aware and prevent falling into traps that Xerox’s management did, leaders need to learn to pause and listen and not always believe in their perception, which do not reflect reality. It is necessary to obtain all the information required, including getting an unbiased assessment of one’s market from a respected “outsider” to help make a good decision.

Mindfulness has also been shown to help reduce cognitive biases. Our bias is the tendency to stick to something, a view. When we are stuck on a view, we tend to defend the view to death, even if it does not serve us well. A study by INSEAD Singapore showed that mindfulness practitioners are able to cut losses or “sunk costs” when we would be served better by moving on.

Our wandering minds can provide fuel for many biases, which may not be helpful for our business to evolve. An eight-week workplace mindfulness training may be able to help reduce managers’ predisposition to competency trap.

Online Mindfulness Course during the time of COVID 19