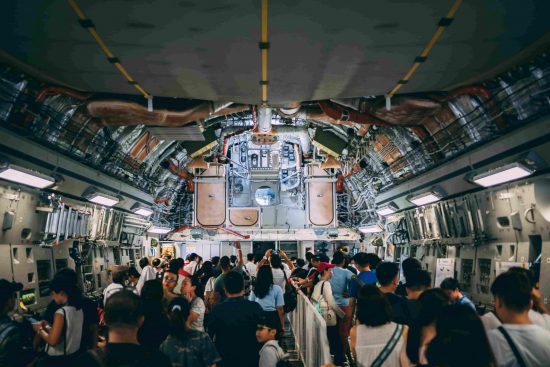 Happiness seems to be elusive with the level of stress levels rising globally. In a news report by Today, 92 percent of Singaporeans are found to suffer from stress. Singaporeans’ physical wellness index also dipped by 4.4 percentage points from 2018, attributed to sleepless nights.

Singapore had the fifth-lowest wellness index of 23 markets surveyed, ranking ahead of its Asian counterparts Hong Kong and South Korea. The research also found that only one-third of the respondents said they had a formal workplace wellness programme, but 44 percent felt these programmes were not focused enough on mental well-being.

A study conducted by Dr. Elizabeth Hoge, a psychiatrist at the Centre for Anxiety and Traumatic Stress Disorders at the Massachusetts General Hospital, found that a mindfulness-based stress reduction program helped quell anxiety symptoms in a group suffering from generalised anxiety disorder. Anxiety disorder is characterised by hard-to-control worries, poor sleep, and irritability. This group was compared to a control group who also received similar amounts of time, attention and interaction, but were only taught general stress management techniques. The people in the control group also improved their general wellbeing, but not as much as the group who attended the mindfulness-based stress reduction program.

People suffering from anxiety, stress, and depression often suffer from rumination. Rumination is a habit of the mind fixated on flaws and problems, producing a negative mood. In Dr. Hoge’s words, people with anxiety are dealing with distracting thoughts that have too much power. In the cases of anxiety and stress, people cannot distinguish between a problem-solving thought and a nagging worry that has no benefit.

In our busy daily lives, our minds are full of thoughts of the past or the future. A study at Harvard investigated the mind wandering habits of over 250,000 participants. These participants were buzzed on their phones at random times and asked if they were focused on their current activity or if their mind was wandering. If their mind was wandering, they were asked if it was a pleasant, unpleasant or neutral feeling.

The research was conducted by psychologists Matthew A. Killingsworth and Daniel T. Gilbert of Harvard University. They concluded from the study that “A human mind is a wandering mind, and a wandering mind is an unhappy mind.” They found that mind-wandering was ubiquitous across all activities, from watching television, walking, eating to shopping. The study showed that our mental lives are pervaded by a remarkable degree by not being in the present moment.

The Premise of Mindfulness

According to Neda Gould, associate director of the John Hopkins Bayview Medical Centre Anxiety Disorders Clinic, mindfulness helps us pay attention to what is here in a non-judgemental way, not fixating on the past or dwelling on the future.

Research by John Hopkins showed that 30 minutes of mindful meditation daily alleviated pain symptoms as well as stress. Although they found moderate evidence of improvement in symptoms of anxiety, depression, and pain after an eight-week mindfulness meditation training, they found low evidence of improvement in stress and quality of life. However, in the studies that followed participants for six months, the improvements typically continued.

Many people mistake meditation as having a still or empty mind. Meditation, in contrast, is an active training of the mind to increase awareness of one’s body sensations, feelings, and thoughts. Different meditation programs approach this in different ways.

There is a feedback loop between our thoughts, feelings and the body. For example, when we perceive something stressful, such as being stuck in a traffic jam and being potentially late for a meeting, our body starts releasing stress hormones. These stress hormones constrict our muscles and increase heart rate. Our breath becomes shallow and our bodies get ready for the fight and flight response. This, in turn, causes us to feel stressed.

Effects of the Practise

Through the regular practice of mindfulness meditation, we recognise our regular thought patterns or the nature of our mind and feelings. Mindfulness allows us to recognise unhelpful thoughts and feelings in the present moment, allowing us to disengage from them quickly.

Mindfulness gives us the power to halt the downward spiral of our negative thoughts and feelings. Over time, practitioners begin to be able to choose thoughts that cause ease in the body and contentment in feelings.

A group of people who attended a one-month mindfulness course was found to experience large increases in positive moods. This was accompanied by large decreases in ruminative thoughts and behaviour.

In fact, studies found that those who practice mindfulness meditation over 4 days for 20 minutes a day have already experienced its benefits.

Mindfulness-based programs have already found its way to Singapore. Mindfulness-Based Stress Reduction (MBSR) was the trailblazer initiated by Jon Kabat-Zinn, a professor at the University of Massachusetts Medical School in 1979. The aims of MBSR was to help patients cope with stress, anxiety, pain, and illnesses. Participants of MBSR reported a 50 percent reduction in pain after attending the program.

The success of MBSR was followed by Mindfulness-Based Cognitive Therapy (MBCT), which originated from Oxford University. MBCT’s aim is to reduce the frequency of relapses of people suffering from depression. MBCT also saw success.

Last but not least, Mindfulness-Based Strategic Awareness Training (MBSAT) is focused on the non-clinical population. MBSAT is designed for the workplace and individuals that they may cope with daily stress and difficult decisions in life. It helps participants make wise decisions by putting their innate character strengths into action, so they could flourish as individuals. In order to start with your practice, it is essential to attend an 8-week MBSAT course, where you are guided through practices and encouraged to make mindfulness a habit with a like-minded group.

Is Mindfulness Ethical and the Failure of Ethics

How can we stay healthy in the midst of a virus outbreak?